Credit
Broadcom on Wikimedia Commons
share
Looking back at my eight months working at Broadcom, I can honestly say it is everything I had hoped for.

Broadcom Corporation is a FORTUNE 500® company that specializes in semiconductor solutions for wired and wireless communications. Broadcom was founded in 1991 and has since grown into an international corporation with over 10,000 employees across 15 different countries. Experienced engineers from all over the world work tirelessly to bring state-of-the-art products to customers.

Broadcom products can be found in many electronic devices throughout homes and offices. It provides the broadest portfolio of system-on-a-chip (SoC) and software solutions. Broadcom is focused on delivering state-of-the-art products and technologies to home, mobile, and networking markets. It is estimated that 99.98% of all data traffic crosses at least one Broadcom chip. Broadcom is truly a giant in the semiconductor industry, and it was my privilege to spend eight months working in the company.

Before I started working at Broadcom, I had very limited knowledge of digital circuits from school, and no experience working in integrated circuit (IC) developments. That all changed after eight months working as an IC development intern in the Cable Modem VLSI department. I spent the first two weeks on the job reading and learning about PCIE technology. PCIE, Peripheral Component Interconnect Express, is a high-speed serial computer expansion bus standard used for communications between different components on the IC. My role is to test products and perform PCIE protocol testing to verify that the PCIE sub-block in each chip is working as expected.

The PCIE protocol testing was mostly done using automated test scripts written in Visual Basics, so I had to learn how to program in Visual Basics and understand what the existing test scripts do. I was also introduced to many other software tools in order to do my job. Some tools were completely new to me, while others were similar to programs I have used before.  In the lab, I had to set up equipment such as power supplies and oscilloscope, which were very similar to what I did in school. I also had the opportunity to do some soldering re-work on Printed Circuit Boards (PCBs). There were a lot of things to learn and a lot of things to do; luckily for me, my manager was a very patient and knowledgeable man. Day-by-day, I slowly mastered all the tools I need to do my job. Each week I would list my accomplishments in a weekly status report, and each week my list grew incrementally. After two months, I was beginning to complete many of my assigned tasks by myself, but my manager would still come to me show me something new to learn.

By the end of my first work term, I had already completed testing on a number of chips and I was very familiar with the overall testing procedures. I had clear directions on what tests to run and how to edit the test scripts to make them work. I was comfortable with my job and things that were completely new to me at the beginning of the year had become routine. Throughout my second work term, I had more opportunities to work independently. I knew exactly what I needed to setup when a new chip arrived and I could get things done without being asked. I had accumulated enough experience to solve many of the problems I encountered and I didn’t need to ask for help every time I encounter a problem.

Looking back at my eight months working at Broadcom, I can honestly say it is everything I had hoped for. I had accomplished all of my learning objectives that I set at the beginning of the year. I gained valuable experience and industry-relevant knowledge that I never would have come across at school. I got to put some of the skills I learn in school to practice, and picked up some useful new skills for my future career. I was able to meet many engineers working in the industry and received many good pieces of advice from them. To summarize my co-op experience at Broadcom, the most valuable thing that Broadcom had to offer is growth. Broadcom provides the environment and nourishment for students like me to grow and develop into professional engineers. Broadcom is a shining example of what the co-op program has to offer. 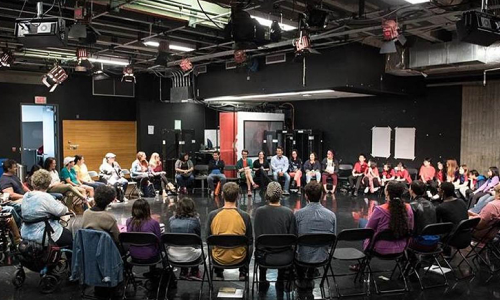 What one fourth-year student discovered while wandering through the Ridiculous Darkness, searching for the right path in life, theatre, and the pursuit of happiness. 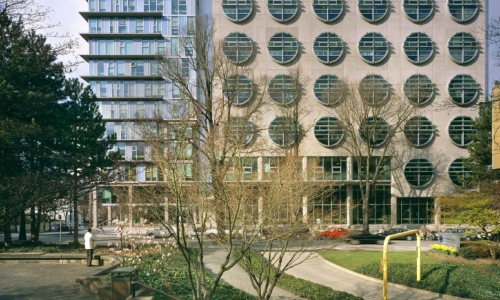 Working in a huge building can be intimidating and make you feel very small, especially as a temporary Co-op student. Check out what Josh did to make sure everyone in the BC Cancer Research Center knew who he was! 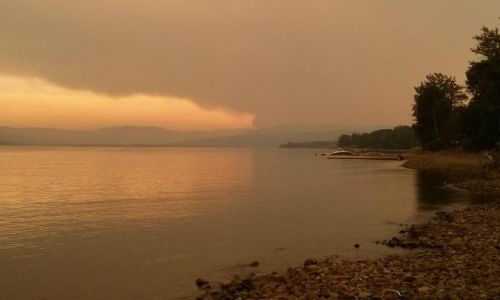