Skip to main content
Home
/
Blog
/
Intentionality: It's Not A Secret

share
If you have a hopeful, optimistic attitude, taking the actions necessary to make positive changes in your career and life is going to be much easier than it would be if you had a defeatist, pessimistic attitude.

I find myself talking a lot about intentionality in my work, and every now and then it strikes me that students may not know exactly what I mean by the word. I guess it falls into the same category as some of the other words I've been pondering recently (calling, passion, career, failure), in that I've found some benefit in taking a closer look at just what I mean when I use it.

I actually have mixed feelings about the way intentionality has been worked into the common vernacular. The extent to which I am intentional about the actions I take in my life can greatly affect how beneficial those actions end up being. Talking about intentionality can bring up unfortunate connotations, however. Just because it's more fun to rant, let's start with the bad stuff.

The Flaw of Attraction

One of the greatest advances in modern science has to be that most curious and enigmatic branch of physics, quantum mechanics. It's way beyond the scope of this post (or possibly any post!) to describe, but quantum mechanics has changed the way physics look at the world at a very fundamental level (the most fundamental level, you might say!). That is because the usual (classical) laws of physics - the ones that say things like you can't be two places at once; that you exist in a stable, definable, and measurable state; and other things we take for granted - do not apply to matter at the atomic level. Put simply, the really small particles that everything and everyone is made of behave in really strange ways. Ways that suggest that matter behaves differently depending on whether it's being observed, or can be in more than one place at one time, for instance. But nowhere in the weirdness of quantum physics is there any scientific support for the ideas proposed by the "law of attraction."

In a nutshell, the law of attraction (touted in such books as The Secret) proposes that a person can literally change physical reality with their thoughts. The idea is that by thinking about something often or strongly enough, or having enough "intentionality," a person can "attract" that thing into their life. Like a magical positivity magnet. The justification for this (an unfortunate, uninformed, and vague perversion of some of the implications of quantum mechanics) falls safely into the category of pseudoscience, right alongside equally frightening ideas like homeopathy, astrology, etc. Even more offensive, this kind of thinking fosters a "blame the victim" mentality - after all, if bad things happen to people, they must have been thinking about them!

Here's an idea: thoughts don't change physical reality, actions do. If certain thoughts make taking helpful actions more likely, and those actions lead to a positive change, that's fantastic! But that in no way implies that the thought itself caused the change. There's a word we use in psychology to describe this kind of faulty thinking: cognitive distortion (specifically, magical thinking).

Now, I'm not proposing that there's no relationship between less-visible factors like thoughts and emotions with more easily measured stuff like behaviours and actions. I'm not a behaviourist. Psychological and emotional factors have been hypothesized to affect physical systems - the interaction between stress and physical illness and the placebo effect are two good, scientifically discussed examples. But that's miles away from claiming that I could win the lottery if I only thought long and hard enough about it.

The true value of intentionality is that it correlates well with positive change. If you have a hopeful, optimistic attitude, taking the actions necessary to make positive changes in your career and life is going to be much easier than it would be if you had a defeatist, pessimistic attitude. Similarly, taking an action because it fits into a larger scheme of intention - that is to say, that you are doing something because you want to do it for a meaningful reason - tends to make taking the action easier and more likely to be beneficial. In contrast, when's the last time you did something without a meaningful intention? Often, and unfortunately, school assignments fall into this category. If you've ever found yourself wondering, "why am I doing this - what's the point?" then you'll know how much more difficult that can make a task.

The bottom line? Think about what you want. That's helpful! Just make sure you do something about it. 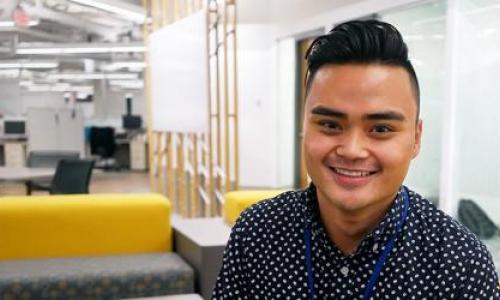 Fight the Struggle of Finding Your First Placement: Being Open to Opportunities When Seeking Your First Co-op Work Term
Professional Development

Before finding his first co-op placement, Shem Navalta found himself frustrated that his “ideal” job wasn’t available to him. In this post, Shem talks about his experience with searching for his first co-op job and provides advice on how to be open to opportunities that will help you grow. 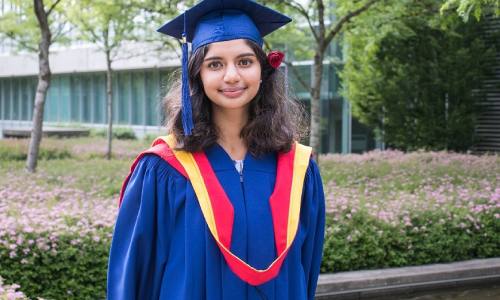 “Co-op is the tricycle of professional life: you’re getting rewarded and gaining vital skills, but you’re supported, have a chance to experience all aspects of your role, and have time to figure out what works for you and what you’re ready for. There is no better way to prepare for life after university." Read about Monique's co-op experience here! 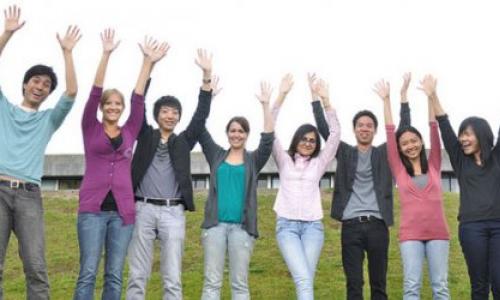 Fulfilling your learning objectives is one thing, but what did you really learn on your co-op work term? The OLC asked some current and former co-op students what lessons they took with them so you can make your next work term a success.