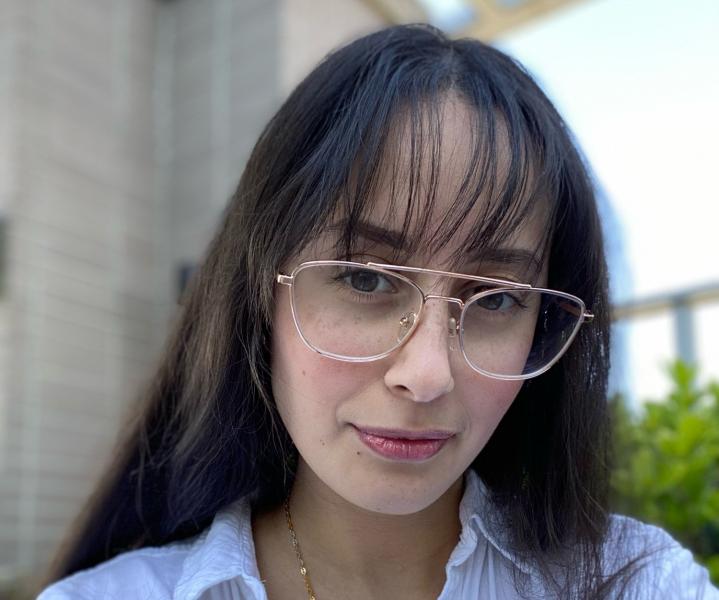 share
“I feel proud of myself and proud that my desire to facilitate change in the community consists of inclusion, democracy, and reconciliation.”

Ashley Kyne, SFU Criminology first-generation undergraduate student graduating in June 2022, feels thankful for her Simon Fraser University experience, which shaped her into who she is today. Kyne followed her intellectual curiosity to take on challenging coursework and build a strong academic foundation for her intended pursuit of research. Likewise, she has been encouraged to embrace her Indigeneity and cannot thank the instructors who helped her remember this part of her enough.

Kyne is this year’s (2022) Lieutenant Governor General Medal of Inclusion, Democracy and Reconciliation recipient, meaning she excels in her studies and has made outstanding contributions to the promotion of inclusion, democracy, and reconciliation within the campus community. Volunteering and working in Vancouver’s Downtown Eastside (DTES) neighbourhood, taking seniors on adventures in the community, teaching youth about Indigenous experiences in Canada, mentoring English as additional language students, creating safety plans for Indigenous communities, decolonizing the Department of History, and more, are what led Kyne to receive this award. “I feel proud of myself,” she says, “and proud that my desire to facilitate change in the community consists of inclusion, democracy, and reconciliation.” She is incredibly honoured to be presented with such a prestigious award, whose history consists of exceptional students with a strong will to contribute to their community.

Kyne’s ancestry is iTaukei (Indigenous Peoples of Fiji), Tamil, and Irish, but she identifies with her iTaukei ancestry first and foremost. “As an Indigenous woman, I can relate to the experiences of the Indigenous Peoples of Turtle Island. Since the ‘discovery’ of iTaukei, my family has suffered from the intergenerational impacts of colonization through stolen land and resources,” she says. Although born in Vancouver, her grandmother, Nani, made sure she learned the culture. “Nani inspired me to embrace my Indigeneity,” says Kyne. “I was proud of being iTaukei until a certain point in my childhood that I cannot identify. I do not know if it was one singular incident or an amalgamation of micro-aggressions, but I began to deny my identity.” Kyne’s life changed when she began volunteering in the DTES. She was introduced to powerful matriarchs and Elders. She admired their spirit and wanted to learn their way. Kyne is thankful that, at SFU, she has also come across powerful Indigenous scholars that have inspired her to continue her journey in academia while staying true to her Indigeneity.

Through her studies, Kyne learned the complexities of the criminal system. “It was not until my first criminology course, Criminology 101 with Dr. Val Spicer, that I found my calling,” she says. Kyne was introduced to the Highway of Tears, where many Indigenous women and girls went missing and were murdered. This fueled Kyne’s passion for Indigenous justice. She became curious about the romanticized role of Indigenous Peoples as the “dangerous criminal” and impediments to Canadian society. She also sought to answer what it meant to be overrepresented in the criminal justice system and decided to minor in Indigenous Studies.

In addition to minoring in Indigenous Studies, Kyne decided to challenge herself through the Criminology Honours Program. She took on the advanced coursework because she felt passionate about the overrepresentation of Indigenous offenders and wanted to explore this discourse further through offender risk assessment. She also understood that the program required students to rigorously engage with their research project, and while she was up for the challenge, her ambitious ideas conflicted with her limited resources as an undergraduate student. “I had to make amendments to my research and changing the trajectory of your honours thesis while in honours is a difficult endeavour,” she says. When asked what university skill she would say has been the most valuable to her, Kyne shared it is a combination of critical thinking, research, writing, and presenting. She believes these four skills complement each other well. “Without critical thinking, it would be difficult to research and write. Likewise, without presentation skills, it would be difficult to articulate your ideas to a variety of audiences.”

Some of the courses and instructors who most impacted her research include:
Dr. Sarah Yercich, Criminology 213: Women and Criminal Justice

As an ally for Indigenous Peoples and a proponent of decolonization, Dr. Yercich offered a rich account of women’s perspectives in the justice system—from offenders, corrections staff, lawyers, and judges. Kyne was inspired by Dr. Yercich’s tenacity to facilitate an engaging discussion and her passion for social justice.

Kyne feels fortunate to have been taught by Dr. Reder, who “provides her students with the necessary skills to critically think and engage with scholarly research.” She feels especially fortunate to have been introduced to Maria Campbell (Métis), Linda Tuhiwai Smith (Māori), and other powerful Indigenous scholars in her course.

The ‘hot’ issue in this course was offender risk assessment. As a forensic psychologist, Dr. Helmus taught students about different methods of risk assessments for different subgroups of offenders. “With humour and wit,” Kyne says, “Dr. Helmus provided students with the necessary tools to tackle technical jargon in quantitative scholarly articles.”

McGuire has had a big impact on Kyne’s research in terms of introducing her to Indigenous scholars, decolonization, resurgence, and resistance. Kyne says, “Michaela is an inspiration to Indigenous and non-Indigenous students alike.” The course taught Kyne that “there is hope for the future if we open our eyes to sincere mechanisms of justice for Indigenous Peoples.”

With graduation around the corner, Kyne’s short-term plans are to catch up on some much-needed rest and self-care. Her post-graduation plans consist of attending the School of Criminology master’s program, where she will continue her research on Indigenous offender risk assessment.

As words of wisdom for new undergraduate students, Kyne shares that it is important to find a balance between studies, work, social life, and other obligations. “While excelling in your studies requires lots of studying, you also need proper sleep, nutrition, and hydration. Mental health is important,” she says. Finally, show up! Do not be nervous to talk in class or tutorials, ask instructors and teaching assistants for help, attend campus events that interest you, and get involved in the SFU community.

This story was originally published on the School of Criminology website on May 31, 2022. 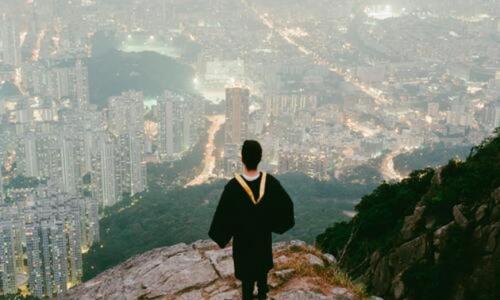 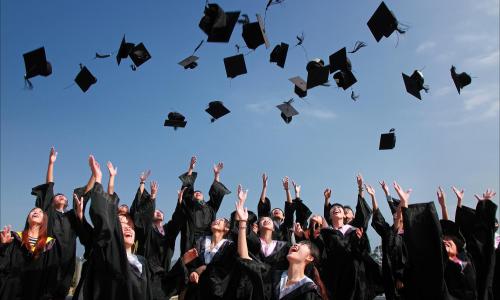 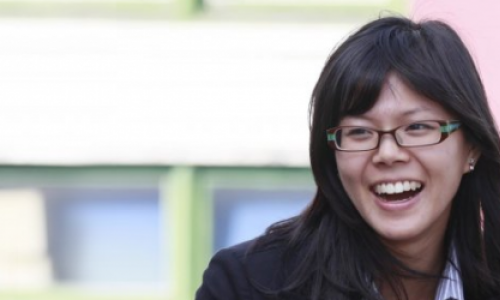 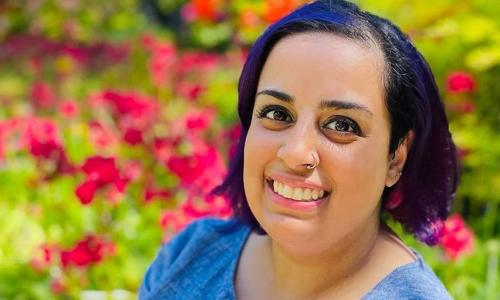 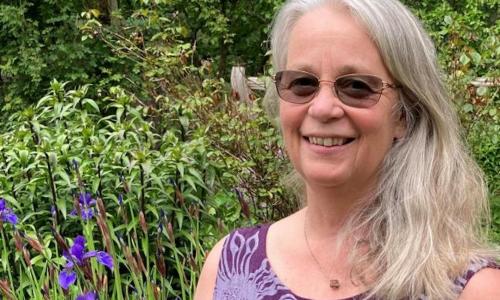 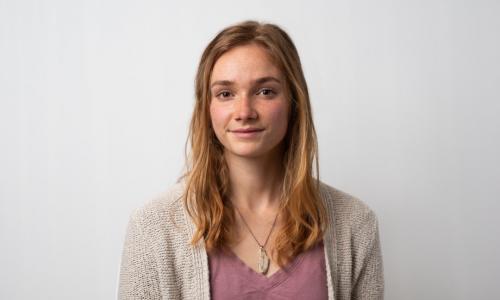 At SFU, Marina Cummiskey competed as a varsity swimmer and became a member of the Student Athlete Advisory Committee where she advocated for student-athlete mental health. Marina earned academic honours and the opportunity to pursue a master’s degree in sport psychology at McGill University this fall, with a focus on athletic retirement research.