Skip to main content
Home
/
Blog
/
Uncertainty: Boldly Go Where Many Have Graduated Before

Uncertainty: Boldly Go Where Many Have Graduated Before

share
I say that instead of suffering in silence, talk about your apprehensions and anxiety surrounding life after university, whether it is a job, grad school, starting a family, or anything in between.

If, like me, you’re finishing up the last few courses before saying good-bye to the concrete covered arena of knowledge that is SFU, then you can relate to the plethora of emotions that have bubbled to the surface since you began facing your last term (in my case, two) head on.

Yes, there are feelings of pride, accomplishment, and the odd thought of “I can’t believe I did it.” But what most people don’t tell you is that those feelings can be overshadowed by fear, dread, panic, and confusion.

Think back to your academic career so far: kindergarten, elementary, high school. Those graduations were filled with anticipation, excitement, promise, and a sense that you have stepped up another rung in the ladder of academic achievement.

But what happens when you get to the very top? When all of a sudden there are no more steps to climb?

Do you look around and take in the view? Or do you alarmingly imagine scenarios of grabbing the air frantically for a hand hold that is your “working career”?

For some, getting an undergraduate degree is not the end. After all, it’s “under” the “grad” part. The challenges come after you apply, get accepted, and plow through a few more years of graduate studies. For those pursuing further schooling, it can also feel like you’ve stepped off the ladder and somehow found yourself stumbling into the bridge of the Kobayashi Maru (for those non-Trek fans, check out the link).

I, on the other hand, seem to be stuck in the middle. After working for a few non-profit organizations, I abandoned my so-called “plan” to become a secondary school teacher, and decided that social work was more my cup-of-tea. Don’t get me wrong, I love teaching, and I still do, but I realized that helping the vulnerable, at-risk, and marginalized in society resonated with me much more deeply than any school or classroom.

However, leaving SFU with a degree in Human Geography and Counselling puts me in an odd position. Because I do not have a Bachelor of Social Work degree, I will not be able to pursue a Master of Social Work without first accumulating at least 3,000 hours (preferably paid, according to most universities) of related experience.

In other words, I will have to flail my arms wildly to grab hold of a job, before I can even get close to the turbolifts of the Kobayashi Maru. That to me is the most terrifying thing ever.

All our academic lives, we live in a world of predictability. Seventh grade is followed by the eighth, first year is followed by second, and so on. All of a sudden, after 18 years of school, you’re expecting me to embrace uncertainty with open arms?

Hmm…. I don’t know about that.

Here’s what I am trying to say: In our ever-evolving, technology driven, volatile global economy, uncertainty is a given, especially when it comes to career development.

However, there seems to be a lack of recognition that for university students, uncertainty is an overwhelming and frightening thing to accept. I mean, when was the last time someone asked you, “Congratulations, you’re graduating! How are you doing with the uncertainty?”

Sure, Krumboltz talks about it, and we learn about happenstance here and there. But I somehow get the sense that we are supposed to just accept it and move on. That is easier said than done.

I say that instead of suffering in silence, talk about your apprehensions and anxiety surrounding life after university, whether it is a job, grad school, starting a family, or anything in between. Because if we continue the way we are, we risk becoming a generation of bottled-up, thick skinned university graduates who forcibly crack a smile to those who are beaming about their degree.

Give it a try. Next time you talk to a soon-to-be graduate, instead of just showering them with congratulations, take a moment to ask them what it feels like to be stepping away from the comforting embrace of classes, professors, and assignments. Then perhaps when it is your turn, you will find reassurance from the fact that you are not alone.

How to Prepare for the Workforce Before Graduation
Taking Control of Your Success after Graduation
Tags:
Career Exploration
Convocation
Workplace Transition
SFU Alumni
Star Trek
Uncertainty
Graduation
Career and Volunteer Services
Peer Education Career Peers
Career Peer Educator
Sherry Lin
SFU Student
Sherry Lin is a Career Peer Educator with SFU Career Services, and a fifth year Human Geography and Counselling student. She is an aspiring social worker who loves to explore the BC wilderness, and enjoys sitting down for long chats with friends. 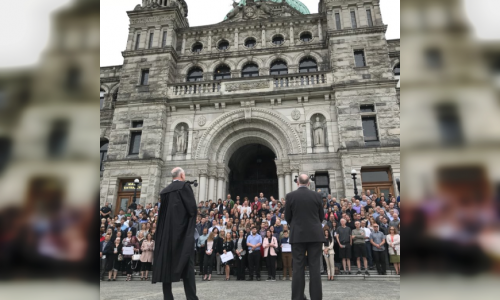 Student Interview Tips from the BC Public Service
Interviews 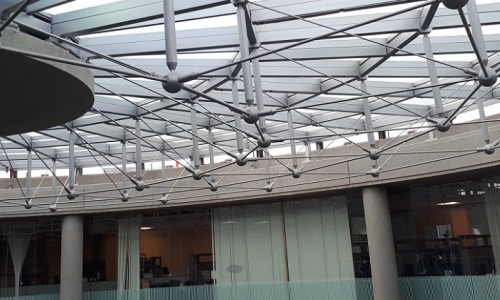 How I Faced and Overcame My Fears
Co-op Reflections

Relax! Yes, you may have made a mistake, but it is how you handle the consequences that count. Carina talks about how she made mistakes, faced her fears and learned from them. 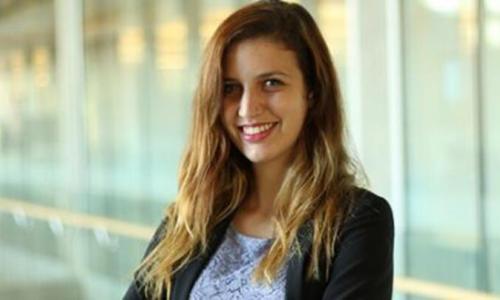 8 Reasons Why 8 is Better than 4
Career Exploration

Beginning your journey with SFU Co-op can seem daunting at first, especially if you start with an 8-month Co-op but don't be afraid of it! Check out these benefits you'll get from doing an 8-month Co-op rather than 4-months.