Not Your Typical Science Co-op

share
[T]he most important part of co-op is using it to develop not just your resume, but yourself as well.

As a Biomedical Physiology major I always thought that my co-op placements would involve a lab, research of some sort or a hospital. Turns out working as a secretary at a physiotherapy clinic taught me so much more about how to work in the healthcare system than any of those seemingly more glamorous placements ever could.

As a biomedical physiology student I had the impression that my first co-op would be slightly more glamorous. I thought that it just might knock the socks off people when I told them what I was going to be doing. I also thought I would have to wait until I took a few advanced courses and knew a little more about the human body before I could even apply for co-op. So when I took the job as a secretary at a physiotherapy clinic in Chilliwack I did not even think to use it as a self directed co-op. Then my co-op advisor, Darleen, caught wind of it and made me realize that biomedical physiology co-op positions are not necessarily specific to research labs and hospitals.

During my first year at SFU I came to realize how many born and raised Metro Vancouver students think of Chilliwack as a place that is “so far away”.  I also learned that it is often associated with a peculiar aroma that is strikingly similar to manure. Chilliwack is my hometown; I was born and raised there until I graduated and moved into SFU residence. I was asked on numerous occasions if I lived on a farm because apparently that is all Chilliwack is known for. I do not live on a farm and let me clarify that although we do not have a great student nightlife scene, we do have the usual suspects found in most cities: Walmart, Cineplex, Target and multiple Starbucks locations ridiculously close together. Chilliwack even has a couple physiotherapy clinics, one of which I had the pleasure of working for.

The Clinic and My Role

Fraser Valley Physiotherapy and Rehabilitation Centre is a privately owned clinic that offers multi-discipline private practice services as well as rehabilitation programs for WSBC, ICBC and other third party payors.  My role at the clinic involved the usual secretarial duties of booking clients in for new and follow up appointments, answering the phones, taking messages, answering general questions about the clinic, taking payment for the appointment, and using industry specific tools like ClinicMaster. However, I learned that as a secretary in a clinical setting you also become a sort-of listening buddy for clients and you get to interact with some truly unique people. Of course there are clients who moan and groan, but then again I have met some truly great people.  For instance, I had the privilege of meeting an 84-year-old lady who walks everywhere with a smile on her face, including when she is at her part time managing job at Burger King.  She has an amazing positive outlook on life. There was another time when I met the second cousin of Tim Krul, the Dutch goalie who only came on for penalty kicks (I am huge soccer fan). Granted, working in customer service is not always sunshine and rainbows. Clients get angry and being the first person they speak to normally means secretaries get the brunt of their annoyance or displeasure, and you have to think quickly and work with your surrounding team to make the situation turn out as positive as possible. Being the first person a client interacts with also tends to put a lot of pressure on how you act because first impressions can make or break client relationships. Simple tricks I learned over the summer are greeting clients by name, smiling while speaking with them or providing that ear for them to talk to if they need it. The customer service skills I developed over the summer are applicable to so many areas especially since I hope to have a future in health care.

The Business and Administrative Side of Things

Perhaps my favourite part about the co-op was that I gained some insight on the business and management aspects of running a practice. As a biomedical physiology student, the majority of my classes revolve around the sciences.  Although anyone can take business courses, the opportunity to take a couple comes far and few between when you consider scheduling conflicts and taking all the pre requisites for biomedical physiology. This co-op let me work in an environment that exposed me to a fraction of the business part of healthcare system, but even that fraction has opened my eyes to what owning a healthcare business entails. I was present for the transition from the old WorkSafe BC billing system to the new one and saw firsthand how the changes affected not only the money aspect for the business but the physiotherapists and secretaries as well. During my first week, the clinic began to use direct billing through the Telus Health Claim Portal and I witnessed how this system gradually improved customer relations and increased the number of returning clients. My time at Fraser Valley Physiotherapy and Rehabilitation Centre gave me a unique outlook on what it means to be a healthcare provider that I could never have learned from a textbook.

And Then it Was Over

My co-op experience taught me more than I could have ever imagined and I have gained knowledge and skills for life. I also finally understood what being part of the co-op program means to me. Of course the purpose of co-op is about growing your resume to make yours the one that sits at the top of the pile for future opportunities, but the most important part of co-op is using it to develop not just your resume, but yourself as well. Co-op provides an opportunity to discover what you love and do not love, a chance to gain new skills and knowledge that you did not have even known you might need, and a project that makes you self reflect on the time you spent in co-op. 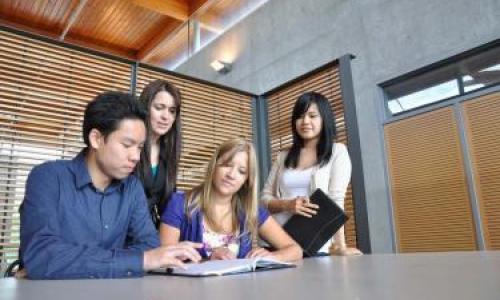 Want to Work for the Non-Profit Sector? 4 Reasons Why You Should!
Co-op Reflections

People often overlook the non-profit sector, as an option to carve out a career, yet the sector can offer a lot of rewarding opportunities that may not be available in the public or private sector. 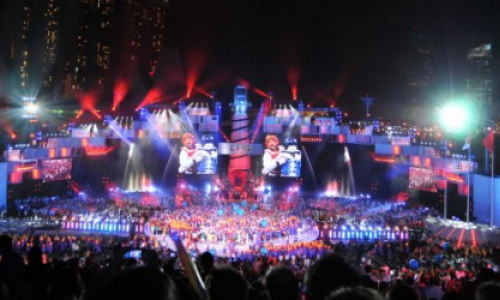 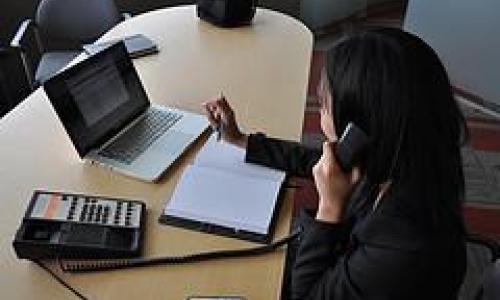 A routine is one of those things in life that can be either a huge relief or a giant burden.  I know that I tend to oscillate between those two feelings, generally dependant on whether or not I have an established routine in my life at the time.  I think that for the most part, we’re creatures of habit.