share
Sanaz is thrilled that she prolonged her university career so as to incorporate Co-op. Armed with advanced skills in her field, as well as a keen knowledge of another region of the world, Sanaz Jahanbakhsh is prepared for the road to come.

You're cruising down the highway in a next-generation, European-designed vehicle. The night presses on the windshield as you speed along, unable to see more than fifty metres ahead of you in the darkness. As you scan your rear-view mirror you are unaware of the car that lingers in your blind spot. Not to mention the bicyclist who cannot seem to maintain a straight line on the shoulder. That's where SFU Engineering student Sanaz Jahanbakhsh comes in. Worked into the suave contours of your car is a volley of sophisticated cameras processing these images and communicating back to the vehicle which of them may pose a hazard. And with much contribution on the part of one of SFU's very own international co-op students, your car delivers to you that information which you need the most to stay safe. Academic credit well-earned. 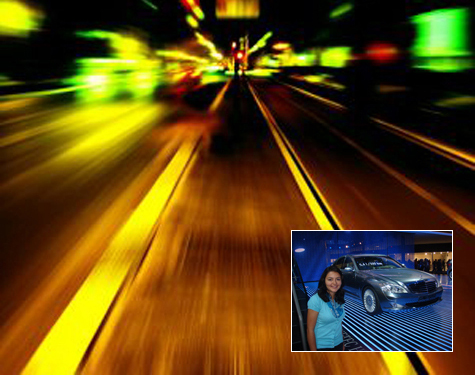 In her six months working for Daimler in Sindelfingen, Germany, Sanaz Jahanbakhsh became very familiar with the Mercedes Benz S-Class. Having landed the solitary international co-op position offered by the automobile giant for her term in 2007, the fourth year student worked alongside seasoned experts in her field. “We were working on a night vision system for the S-class that would extend and enhance your field of vision during the night,” explains Sanaz, “My project was getting all these different images from different cameras and finding which is most useful – the pedestrian, the animal running across the street, etc.” And with that mission, the well-spoken undergraduate came to adapt to the intricacies of the German workplace, the high level of composure, the strict dress code and of course, the high emphasis on punctuality.

Outside of work, Sanaz had the fortune of deepening her knowledge of another field of interest: European cuisine. Whether at times, this was good fortune, is another question. “I don’t really miss the food [in Sindelfingen], that’s the one thing I hated!” she admits, when prompted about her daily regime. However, having been set up with a living space at the University of Stuttgart by her employer prior to her arrival, Sanaz found herself at a geographic location convenient for traveling to neighbouring countries. Luckily for her, a Saturday night dinner in Stockholm was not out of the question. “I loved the food in Italy, France, Sweden… It was great!”

Of course, food was not the only cultural saliency to which Sanaz was exposed as she toured the continent. In Amsterdam, she discovered that bicycles outnumbered cars on local roads. In fact, she describes the city as being marked by a distinct bike culture. “You’d think you’re seeing a parking lot, but you’re actually seeing a bike lot,” she laughs. In Sweden, she was able to shatter a few cultural stereotypes that Western culture sometimes holds about Europe. “I noticed when I went to Sweden,” she explains, “there’s this misconception that people are cold, but they were great.” And as Sanaz became more accustomed to traveling on her journey, she had similar positive experiences in various striking locations. In this way, partaking in an international co-op adventure opened Sanaz to new ideas about the world.

A keenness for European culture and cookery wasn’t the prime reason that sent Sanaz packing for Sindelfingen, however. In fact, testing locations to carry out her Masters degree, as well as basic resume building, topped the list of reasons, pre-departure. “You see this big-name company like Daimler and you think, ‘that’ll look great on my resume!’” And indeed, having returned from Germany, Sanaz is hopeful that her international experience will bear weight in the local job market. Having landed an amazing co-op in Germany, however, Sanaz now feels satisfied pursuing her Masters closer to home. “Living here in Vancouver, we have everything. We have mountains, we have a beautiful environment.” Nevertheless, Sanaz is thrilled that she prolonged her university career so as to incorporate Co-op. Armed with advanced skills in her field, as well as a keen knowledge of another region of the world, Sanaz Jahanbakhsh is prepared for the road to come. 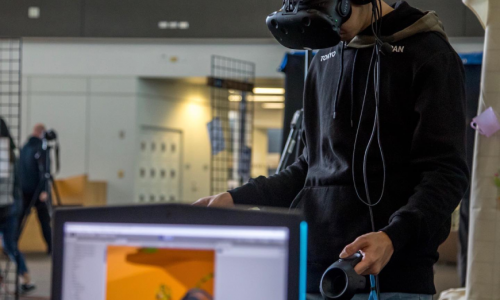 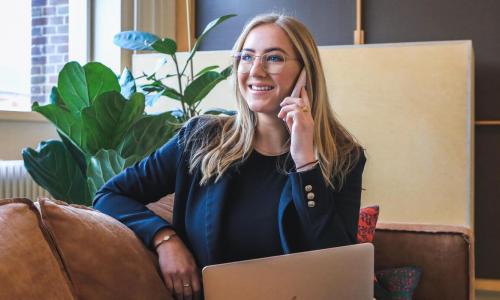 Communication skills are more than spelling and grammar structure. As per Alyanna's supervisor, "Communication is a strategy action to receive what you expect to accomplish.” Read on to learn more about how she develops a different perspective of what communication is about from her co-op experience. 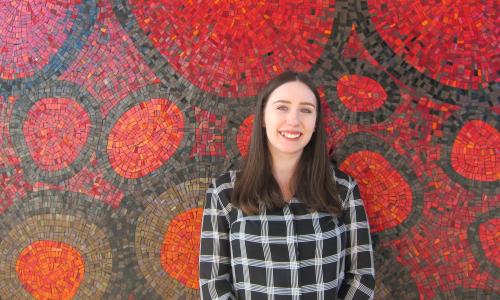 Lessons from a Co-op Outside of your Field
Personal Development

When Sara began her co-op search she was set on Silicon Valley but soon realized a little local experience was needed. A semester working for International Services for Students at SFU gave her the skills and experience to more confidently pursue her dreams.