Home
/
Blog
/
The Happiness of Subtraction

The Happiness of Subtraction

share
For most people, there are plenty of things in life worth focusing on, investing energy in.

"The more I have the more I think I'm almost where I need to be, If only I could get a little more"

- The Avett Brothers - Ill With Want

What's the secret to happiness?

Is it that there's something missing in your life? Something that, if only you had it, you could finally be happy?

It could be money, though there's plenty of research out there these days that suggests this is not the case: wealthy people are no more happy than everyone else.

Maybe it's just a matter of finding a job that you love: your dream job. Certainly, there are many people out there that have been fortunate enough to find themselves in this situation, but the reality is that the insistence on finding the perfect job is a myth that just makes persistent dissatisfaction acceptable.

Okay, maybe it's love. Or perhaps time. If you had more of those, then you'd be happier, right? Intuitively this makes sense, but if we're going by intuition then we'd be happier with more money in our pockets as well. I think it's probably safe to say that these things can make you happy, but in and of themselves they're no panacea.

An English professor I had - rather eccentric fellow, as most English profs are - let me in on his secret to editing papers: always subtract, never add. Forget about putting anything new in your writing. Instead, focus only on taking things out, using fewer words to communicate the same thing, making things clearer and less cluttered, letting the core of what you are saying speak for itself. This is what makes for effective writing, he said.

Life can be thought of as writing a paper, in a way. There's a lot of stuff floating around out there and it can be hard to make sense of it. Adding more of something can seem like a good idea, but this is usually a temporary fix, and it might bring with it a host of other issues.

For most people, there are plenty of things in life worth focusing on, investing energy in. What gets in the way of that is a whole bunch of clutter. That clutter becomes a cloud of false promises, luring us into a sense being "almost there," just a little bit of something away from finally being happy.

Of course, we'll never get there with that mindset. Insert any metaphor you like here about the journey, the process, the path as opposed to end results... they have a ring of truth to them. My contribution would be to take out the "stuff" in your life that's not helping you in any way. The interference. Whatever it is that's clouding your vision as to what's really important, and convincing you that you need to add something more to your life. Remove it, and don't be surprised if you feel better as a result.

Is it material goods? Emotional baggage? Destructive relationships? A dead end job? Unrealistic expectations? Something else? 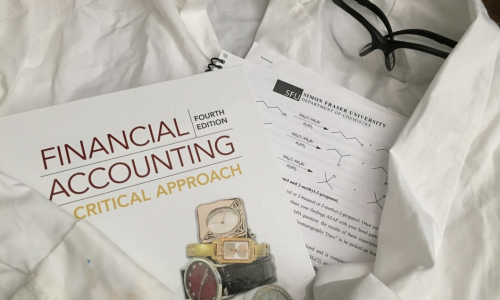 When Tarnjeet Thandi would tell others about her joint major, they tended to wonder how Molecular Biology and Biochemistry could be related to Business Administration. Prior to joining co-op, Tarnjeet sometimes wondered the same. Read her story about clarifying career options through co-op. 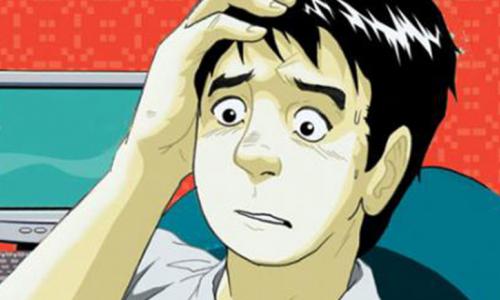 Success does not follow a linear path and neither will your career. Jien shares some fundamental lessons from "The Last Career Guide You'll Ever Need.", while also reflecting on her own personal experiences learning these lessons.