share
This article was initially published on the SFU Continuing Studies Website on July 26, 2011. View the original article: SFU opens up new world for Aboriginal student

A university tour changed the course of Jessica Humchitt’s life.

“It completely inspired me,” said Humchitt, who belongs to the Heiltsuk Nation of Bella Bella on the central coast of B.C. “It made me want that university life and to be a part of that learning environment.”

Even Humchitt’s friends began to notice a difference in her after the tour, which she took in 2007. She lit up when she talked about going to university.

Humchitt was doing administrative work she enjoyed at a health clinic in Bella Bella, but she dreamed of pursuing education so she could do more—for her career, her family, and her community.

Today, the 32-year-old mother of three is living that dream.

In September 2011, she’ll begin her second year of an undergraduate degree in health science from Simon Fraser University. She’ll also continue a research internship—which she loves—in a neuroscience lab.

After finishing her degree, she hopes to either continue with cancer research or work in policy development for maternal health care.

Humchitt is certain she would not be where she is without SFU.

Aboriginal Pre-Health Program Paved the Way for an Undergraduate Degree

Shortly after Humchitt had decided to pursue a degree, she received an email about the eight-month Aboriginal Pre-Health Program at SFU.

It was designed specifically to help First Nations, Metis, and Inuit students who were considering careers in health care. When they finished, they’d receive conditional acceptance to the university.

She applied, got in, and in August 2009, she and her children moved to Vancouver.

In addition to teaching science and study skills, her professors helped her and her classmates adapt to the unfamiliar, often overwhelming world of a large public university.

Humchitt explained that they prepared her to learn among people with opposing worldviews. For example, it’s very important to many North American scientists to be able to explain everything, she said. But as an Aboriginal woman, she feels differently.

“Do we need to explain everything? Can we?” she asked.

She and her classmates also learned to deal with classroom debates—something they weren’t used to.

Her professors encouraged them to step back and not take criticism of their ideas personally, explaining that debate in university classrooms is common.

“It’s hard not to personalize things—especially things that are close to your heart,” Humchitt said. Fortunately, the program made heated debate less of a shock for her.

“Having an environment that’s supportive and encouraging is really key,” she said.

“I don’t think I would have ever been able to do this year if I didn’t do [the pre-health] program … It’s just such a different world.”

Aboriginal Students Need to be Heard in Canadian Universities

Humchitt feels strongly that Aboriginal students should be better represented in Canadian universities.

“Our voice isn’t heard,” she said, explaining that she’s encountered people who cast Aboriginal people in a negative light by teaching statistics they don’t understand or that don’t reflect First Nations values and practices.

Humchitt pointed to the fact that Aboriginal families are often large. Many non-Aboriginal Canadians look at the numbers and see a social overcrowding problem.

But she looks at the numbers, and although she knows there is a need for housing and care, she sees something beautiful: “We have big families because it’s a wealth for us,” she said. “That is traditionally how our families are often structured.”

One of the reasons she loves her work in the research lab is that her colleagues promote diversity—and there are no cultural differences in live cell imaging.

Ultimately, Humchitt’s passion is making a difference in her home community of Bella Bella one day.

“I want to help people somehow,” she said. “That was my main goal for going to school—reaching out a little.”

To know more about the program visit Aboriginal Pre-Health Program. 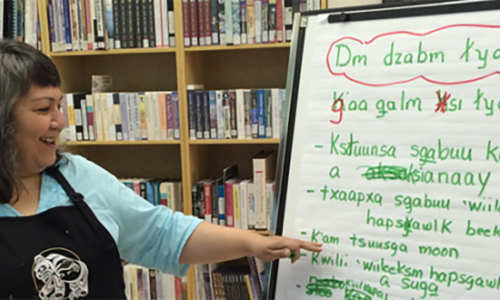 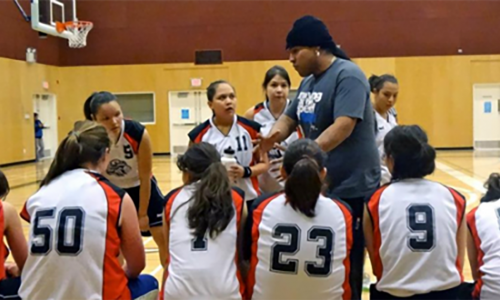 More than 20 Aboriginal basketball teams from around B.C. and Alberta are expected to turn out for the second Native Basketball Tournament/Festival at SFU’s Burnaby campus on May 20-22, 2016 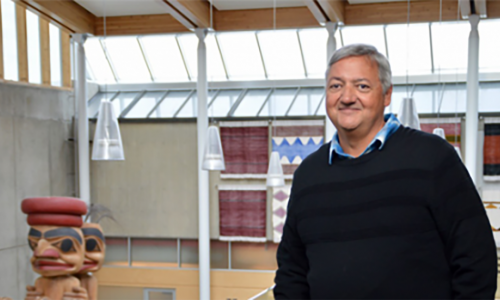