Home
/
Blog
/
My Time as a Canuck Insider

My Time as a Canuck Insider

share
It's [this] experience that will have made all the early morning wakeups and 90-minute commutes worth it. It's why working with the Canucks has provided me with an absolutely amazing and unforgettable co-op experience.

The start date for not only my first co-op, but also my first real job that didn't involve serving burgers and milkshakes. I had somehow managed to find myself offered my first choice co-op job; web reporter for the Vancouver Canucks.

Four months of traveling from Maple Ridge to the newly renamed Rogers Arena five days a week, six if there was a weekend game to attend, and all for an honorarium that would barely cover co-op fees and a U-pass.

And for what? Well in short, the opportunity of a lifetime.

When you hear the word intern you expect months of making copies, filling out spreadsheets and fetching coffee. However, I am happy to report that I didn't need to make a single photocopy, fetched just one coffee, and apart from one dreaded historical archive I hardly touched a spreadsheet.

Instead, I experienced four months of learning how to update one of the NHL's top websites, editing photos, attending games, and having my very own page on the web, filled with daily news updates and player quotes that I obtained personally from the locker room.

I began my first day still unsure that I was really the person they chose, half convinced that after five minutes they'd realize their mistake and send me home. Instead, my first day is filled with enough new information to fill one of the new notebooks my boss handed to me.

My day started with a tour of the arena, halls and corridors that most people never see, and introductions to dozens of people, some of whom I didn't talk to again for four months, which was most likely for the best, despite my best efforts I immediately forgot half the new names.

After acquiring new photo ID and swipe cards I return to my desk, if only for a second. Nicole, the Spring intern has arrived to take me to practice. It's the teams first day back at Rogers Arena. My first post practice media blitz puts me face-to-face with several Canucks. I put my tape recorder into the scrum, trying my best not to look like the clueless intern in way over her head.

The rest of the day is spent learning the basics of updating their website, as it turns out HTML is really just a lot of repetitive coding and liberal use of copy and paste, but one wrong line and the whole page goes haywire. If that isn't enough to send my head spinning I realize I'm supposed to write my first article today. The media time isn't just an excuse to get close to my favourite hockey players after all.

The hours I've devoted to reading every Canuck-related news story soon pays off. I think I even surprised my new bosses with my newly increased hockey knowledge. I make it through my first article and I'm rewarded with my own byline. My name, archived forever on the Canucks website on my very first day.

The rest of my first week went much the same way, I learned more than in a month of full-time classes, and I needed to. My department was taking off at the end of the week.

The web department consisted of five people, myself included and three of them were following the team to Penticton for training camp. They would be accessible through email, but I was essentially on my own only one week in.While my supervisors were gone I experienced another first – my first press conference. Roberto Luongo chose to announce that he would be stepping down as team captain. As anyone who followed hockey news this summer knows, it was one of the biggest stories of the pre-season.

Normally a major story would be handed to Derek Jory, the main web writer, but since he was in Penticton I was asked to write it, which was another huge responsibility, at least from my perspective, that I could never have imagined myself doing only a few short months ago.

I could go on for days recounting favourite stories, personal triumphs and moments in time that left me quite convinced I was in over my head, but in my particular case almost all of my best learning experiences came from which was initially the most intimidating sources.

I was warned going in that I would be able to count the other females in the locker room with one hand, and cautioned about being starstruck around big name players. I wasn't worried, but it turns out I wasn't fearing the right people. Not only was I among very few women, but I was quite obviously the youngest, least experienced reporter in the room. And while half-dressed hockey players could be intimidating and distracting, I was more starstruck by the other reporters.

After all, I hadn't grown up dreaming of making headlines for scoring overtime winners, but I had dreamt of writing about it. The people around me had jobs I could only vaguely aspire to, and I could only hope not to ask anything too dumb in front of them. As I quietly snuck into media scrums, I observed the kinds of questions they asked, how to form intelligent follow-ups which, and how to lead players to useable sound bites. The next morning I'd read the news to see how it all fit together to create interesting storylines. It turned out that working around the "real grown-up reporters," as I'd later refer to them, was the best learning experience my co-op could provide.

This co-op experience is the kind of experience impossible to learn in a classroom. All the text books or news articles in the world couldn't teach the easy rapport some of the vets had built with the team, or how to fit a string of barely coherent sound bites into a planned storyline. It's that experience that will have made all the early morning wakeups and 90-minute commutes worth it. It's why working with the Canucks has provided me with an absolutely amazing and unforgettable co-op experience. 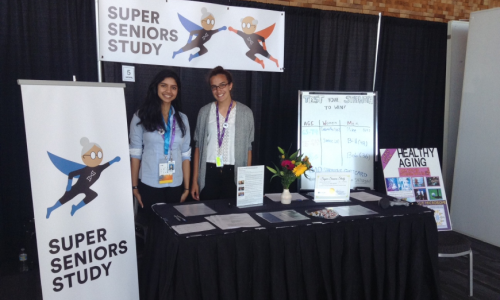 Want to know the secrets of living a long, healthy life? Find out what makes someone a Super Senior in Part 2 of Monique and Olivia’s co-op story as they share what was learned from these amazing individuals and their Essential Guide to Healthy Living, so you too may become a Super Senior! 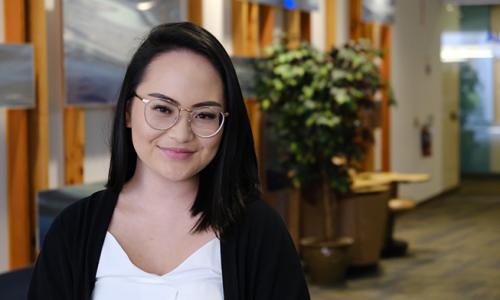 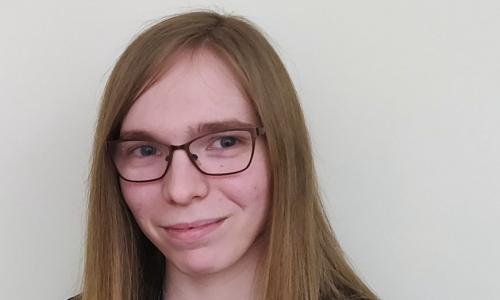 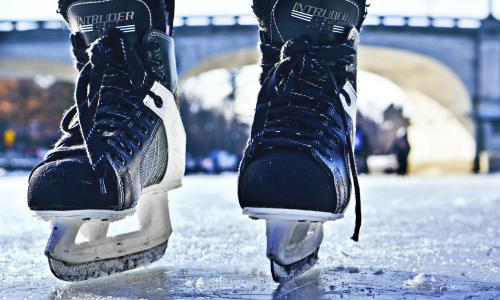