The Introvert’s Struggle: Conveying Your Ideas 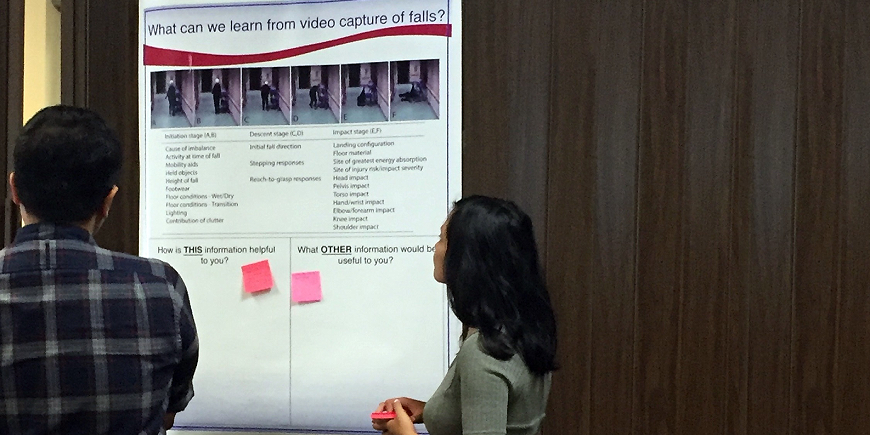 share
It’s important to voice your opinion and get feedback on the work you’ve been doing in order to improve.

“The worst thing you could say is saying nothing at all.”

These were the words said to me by the previous co-op student when I voiced my anxiety about meetings. Though at first an odd statement to me, it became increasingly relevant as I settled into the Co-op Research Assistant position at SFU’s Injury Prevention and Mobility Lab (IPML). My role for the first four months of my eight-month co-op work term had me immersed in the lab’s Technology for Injury Prevention in Seniors (TIPS) program. TIPS understands that since falls account for 85% of seniors’ injury-related hospitalizations (Public Health Agency of Canada, 2016), development of clinical devices, such as hip protectors, is crucial to prevent injuries. When seniors experience a sideways fall, direct impact on the greater trochanter of the proximal femur may result in a hip fracture. Adherence to clinical devices, such as hip protectors, to cushion and absorb this force of impact has shown to decrease the likelihood for such injury (Paterson et al., 2003).

My main responsibilities with SFU’s IPML included collecting consent forms and fall videos of older adults in two long-term care facilities. With my previous work experience being heavily involved in working with seniors, I felt adept and comfortable in such an environment. I remember being so excited joining the IPML team, thinking I would have so many ideas that I couldn’t wait to share! However, as I sat in on my first few lab meetings, I felt less and less sure of myself. Though I enjoyed learning from the conversations and feedback every lab member would receive regarding their presentation or protocols, I could never bring myself to interject. Mainly, I felt that my opinion wouldn’t matter because: 1) I was new to the team and 2) everyone clearly knew more than I did since I’m just an undergraduate student. What if my opinion was ‘wrong’?

This anxiety is probably familiar to many co-op students just starting their first work term. Feeling unsure in a new environment makes some, like myself, not want to draw too much attention from others. Coupled with the intimidation of being in the presence of post-doctorates, this made it challenging for me to speak up during group discussions.

What I would gradually learn throughout my work term, however, was exactly what the previous co-op student had told me: that not saying anything at all is even worse than saying something. It’s important to voice your opinion and get feedback on the work you’ve been doing in order to improve. As a co-op student, everyone understands that you won’t know as much as those who’ve been in the field for a substantial amount of time, and that’s okay! As long as you try your best to give input, showing your willingness to learn and engage in the conversation, that’s all anyone really expects of you.

Though showcasing your knowledge is easier said than done at times, there are so many different ways to be heard in a work environment. Some work places, like mine, have weekly meetings you must attend and give short progress reports. These are probably easiest, as being able to write down your thoughts in an organized way before speaking allows you to convey your ideas concisely and clearly. Another option would be sending a quick email outlining your opinions and reporting on any issues you’ve come across in your work. A less scripted approach would be just talking to individuals one-on-one and slowly building up the confidence to speak within a group setting. I found that these strategies worked well for me in different situations. For example, if a meeting was running too long, I felt that emailing my reports would elicit a more detailed response; rather than a rushed report during the meeting’s few remaining minutes.

By getting to know each individual in your new work environment, you’ll realize that they’re a lot like you (albeit with more experience) in the sense that they’ve been in the position you’re currently in. I found it easier to talk to the highly educated members of the lab once I understood that they weren’t judging me as harshly as I would judge myself. By that, I mean when you’re so used to quantifying ‘success’ through tests and assignments, being on a work term devoid of such feedback made me uncertain if I was 'right’ or achieving enough in my role; this uncertainty would feed into my discomfort in voicing my opinion to the group. However, one of the post-doctorates had told me that feeling this way is normal, but ultimately uncalled for. Co-op should be viewed as an opportunity to implement and expand on the knowledge and skills you’ve learned in the classroom, not particularly as an exam you need to ace. This notion can be extrapolated into your life as a whole since no one is ever done learning, especially through mistakes. Voicing your opinion, no matter the discomfort, is how one grows and learns from others.

Remember, your co-op is a learning experience. Though I continue to struggle with public speaking at times, the exposure to situations where I must demonstrate my knowledge (in lab presentations, for example) and pushing myself to interact with others without qualms is one of the best lessons I have learned from this work term. As I leave the lab, I will remember these lessons when I inevitably find myself in another unfamiliar work environment, challenged with the same feeling of anxiety. Having been surrounded by individuals from the IPML, whom have so much passion and drive for what they are researching, has truly inspired me to pursue my own goals with the same tenacity, whether that be a career in a strictly clinical setting or with some capacity of research.

Public Health Agency of Canada. (2016, April 28). The Facts: Seniors and Injury in Canada. Retrieved from http://www.phac-aspc.gc.ca/seniors-aines/publications/public/injury-blessure/safelive-securite/chap2-eng.php 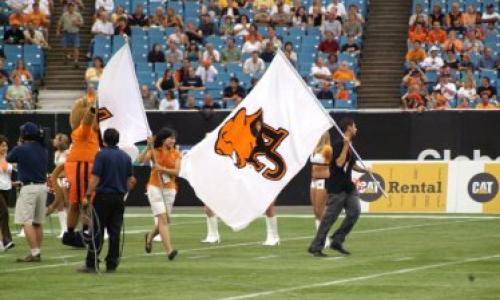 Life After Co-op: From Footballs to Law
Co-op Reflections

As an SFU Co-op alumni Susan Seto is one of the many success stories of the the program. Since graduating in 2008 her co-op experience has shaped her career and changed her life. 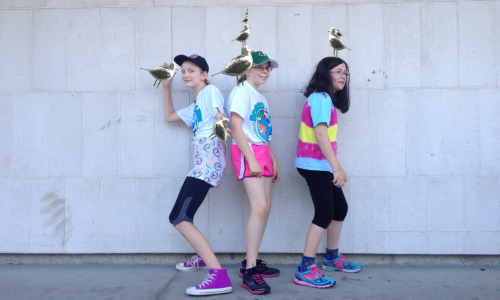 From chemical reactions that hit the roof of our lecture halls, to trips to remote regions of Northern BC, this is an account of some anecdotes and experiences of my first co-op term, working for Science AL!VE in the summer of 2014, teaching children about the field of study that I love myself.  This is part 2 of a 4 part series.