The Co-op Career Makeover: A Student's Journey from Drab to High Profile 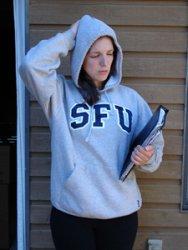 share
The most rewarding thing for me is to be part of the ‘giving back’ process. The Canucks are such a staple in the community and I feel very positive about the work I am a part of.

We’ve seen it time and again on television: an everyday person is subjected to a makeover of their appearance, their home, their facial structure. Here at SFU, students have the option of partaking in a different kind of makeover, one that fuels lifelong self-improvement. Communication Student Union Vice President Jessica Doherty is among those who have taken advantage of this career developing tool, achieving great success.

Her path begins like that of many students. Jessica enters university with a lack of transferable skills, intimidated by the menaces of the impending ‘real world.’ Not to mention the overly casual wardrobe she sports in the photo above. “When I first started looking at job applications I realized that I had made the right decision,” Jessica testifies, “the idea of having to go through that experience without the help of the co-op advisors was terrifying!” 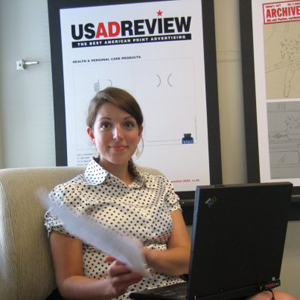 From here, the co-op makeover experts set to work. Indeed, the Communication Co-op staff submits Jessica to a volley of skill-building workshops, quick online courses and rigorous mock interviews. With a little elbow grease, they succeed in fashioning Jessica in the image of the professional, resourceful student she truly is. Now, she is ready to peruse the plethora of career-related positions which might position her closer to her dreams. Primed and ready for action, Jessica navigates the turmoil of job interviews, noting, “A Communications office job requires so much more preparation than a part-time movie theatre job interview! I found the workshops to be quite helpful, specifically the interview workshop.” And in mastering all of the skills gained from co-op training, our makeover subject quickly finds success.

Just a few quick months after her introduction to the co-op program, Jessica can be found touring the province in a suave, branded Toyota Prius on a Marketing and Communications Campaign under the employ of Grey Vancouver, a Public Relations agency and a regular co-op employer. This is the new Jessica. She is polished, armed with Grey media training and adorned in cleverly selected, camera-friendly attire. Regularly featured by local television, radio and print news outlets around the province, she is entrusted with spreading the word about proper used oil recycling to the general public on behalf of the British Columbia Used Oil Management Association. Want to know how to speak, what to wear and where to look when being filmed for a television interview? Ask Jessica. 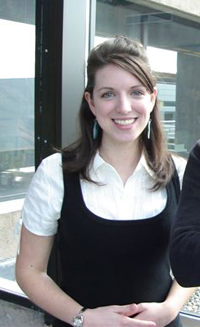 While her first co-op did wonders for her skill set and resume, Jessica pauses but for a semester of study before returning to the co-op scene, ready to further her career makeover. She is not disappointed. Continuing to work with her co-op advisors to enhance her marketability on the job scene, Jessica lands herself a position with the Vancouver Canucks in Community Relations for the Spring 2008 semester. “I have been fortunate to get positions with two great SFU co-op employers, which also happen to be two very high profile Vancouver companies,” says Doherty, “The most rewarding thing for me is to be part of the ‘giving back’ process. The Canucks are such a staple in the community and I feel very positive about the work I am a part of. Hopefully this and my previous co-op experience will open doors (or windows) for me when I graduate next year.” And like so, our successful makeover subject continues to challenge herself in exciting new roles, experiences made attainable through participation in the SFU co-op program; that is, the career makeover program for students on the go 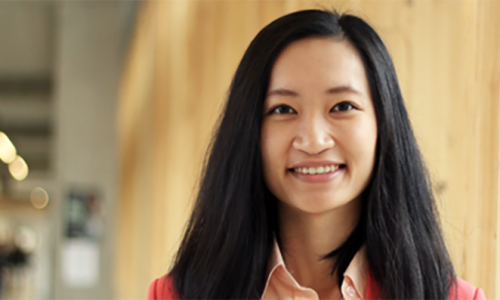 In Part 2 of this series, Jenny shares about maximizing your university investment through different networking channels such as mentorship programs and professional associations. Jenny highlights her own fears of networking, how she overcame them and ultimately, what she learned from these experiences. 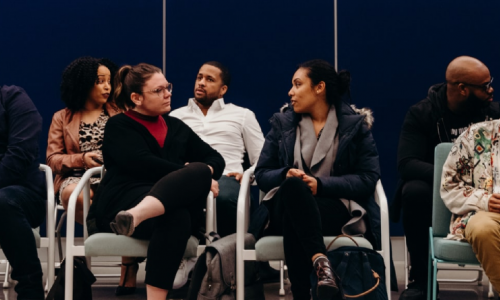 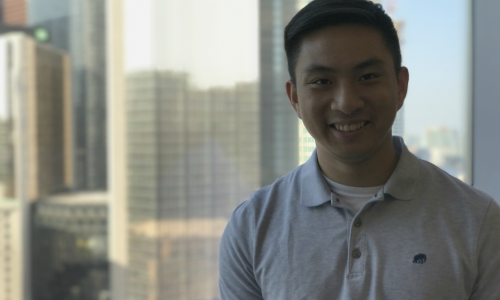