Skip to main content
Home
/
SFU Story
/
Be Creative. Be Dedicated. Be Brave

Be Creative. Be Dedicated. Be Brave

Len Brownlie earned his BSc (Honours) in 1982, M.Sc. in 1986 and Ph.D. in 1993 – all in Kinesiology at Simon Fraser University.  Len’s Ph.D. thesis, prepared under the guidance of Doctor Eric Bannister and funded by consecutive NSERC Scholarships, was a survey of techniques to reduce aerodynamic drag created by the racing apparel of downhill skiers, cyclists and runners.

Len has authored over 120 proprietary reports and 24 peer-reviewed articles and is co-holder of 6 design patents in Sports Aerodynamics.

Born with an entrepreneurial spirit, Len has also developed a career in mining exploration as President and CEO of several junior mining companies that have had property interests in Canada, the United States, Israel, Morocco, Mexico and, most recently, in West Africa.  Two of these ventures have led to the discovery of precious metals deposits that are moving through the development cycle towards commercial production while a third is an operating silver mine.

Len recently established the Len Brownlie Undergraduate Annual Research Prize in the Faculty of Science at SFU to assist students performing research projects as they transition from their undergraduate degree to graduate work.

I was born and raised in the cold and windy city of Winnipeg.  As an aspiring middle distance runner, the Winnipeg climate did not lend itself to serious training, so after two years of undergraduate courses in Zoology, I left Manitoba and received a warm welcome in the School of Kinesiology at SFU, where I found the innovative and multi-disciplinary nature of research and coursework to be really fascinating.  I also found that the weather was far better for running and the caliber and dedication of training companions (including current SFU track coach Britt Townsend) to be exceptional.

As an undergraduate, on the Terry Fox track, running interval workouts three times a week or on the sixth floor of the library, photocopying journal articles.  As a graduate student, my research used the BPK’s Environmental Chamber, but out of necessity, much of my time was spent in wind tunnels in the Department of Mechanical Engineering at UBC.

There are many, but the one I will always remember was a day in April, 1980 as I walked up the stairs from the gym to the library and ran into my classmate Terry Fox. I had just finished my exams and was looking forward to a relaxed summer. I asked Terry what his plans were for the summer and he said he was leaving in three days for Newfoundland and was going to run a marathon a day until he made it back to BC, to raise funds for cancer research. The rest is history. I was absolutely amazed by his drive and determination.

Again, there were many, but three stand out:  Dr. Doug Clement and Dr. Jack Taunton who were pioneers in the then nascent field of Sports Medicine  and Craig Asmundson, who has been a fantastic contributor to SFU and has been the very definition of fairness, integrity and honesty as a dedicated teacher in Kinesiology.

Quite simply, I would not have had the career and life experience opportunities that I have had without my degree.  The research I did as an undergraduate and graduate student led directly to the development of aerodynamic sport apparel that has been worn by over one hundred Olympic medalists and world record holders. To have had the opportunity to make a positive contribution to other’s success is extremely gratifying.

As well, my view of the world and how to adapt to different situations and collaborate in various organizations was developed through research projects that involved organizations as diverse as fire departments, survival suit manufacturers, the coroner’s service, endrocrinology labs, national sports governing bodies and telephone companies.

Many of these experiences have also helped me deal with situations in the mineral exploration business, which would seem pretty far removed from research endeavours.

One early December Sunday morning when I lived in Shrum House, I had to drive to Stanley Park for a group run.  It had snowed overnight, so I was driving very slowly down the hill when, as I came around a corner, I saw a car stuck in the snow, perpendicular to the roadway.  I tried to brake but my old truck just turned into a toboggan, so I let off the brakes and began spinning the steering wheel to try to avoid a collision.  Miraculously, I slid by the stuck vehicle, although my truck was pointed up hill at the time.  The people beside the car had this dumbfounded look on their faces as I slid backwards down the hill.  Two hundred meters lower down, the snow turned to rain and I was able to turn around and drive normally.

Obviously, be dedicated to your studies, but look beyond your coursework and degree – the sum total of your university experience includes the relationships you make and the experiences you have as a student.  Do not be afraid to be truly interdisciplinary if your interests are too broad to be confined to one department or field of study.  Be creative and engaged and you will be rewarded by a complete education that will make you a better citizen and person.

SFU has a well-deserved reputation for engagement and for interdisciplinary approaches to research and scholarship.  These core values must not change. 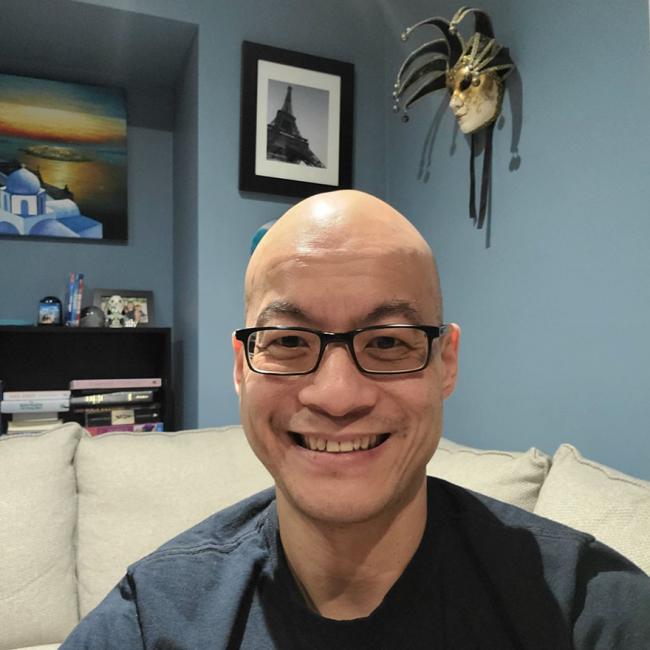