share
It's never a bad idea to have a professional conversation with your supervisor about it - talking about compensation with your boss is actually a good habit to be in.

Outside of the few posts I've written here on unpaid internships, I don't normally do a lot of talking about employment rights. I'm admittedly not much of an expert in the area (there are smarter bloggers out there who are), but it's an important issue, and despite lacking some of the "sexiness" of other topics, it's fun to think of some potential scenarios and debate possible responses.

Have you ever read your employment standards? Here in BC, we have the Employment Standards Act (henceforth referred to as the ESA), along with a handy Interpretations Guideline Manual. There's a tonne of information in there, and it's the first place I'd recommend checking out if you're ever unsure of an employment rights issue in BC.

That said, what do employment rights issues look like? Issues of discrimination, harassment, and unpaid wages are a few well-known examples, but you might be surprised to learn how subtle and seemingly commonplace many employment rights infractions are.

Here are a few hypothetical examples, and my thoughts to go along with them. These questions were also recently posted on Twitter, so feel free to share your thoughts! What do you do if...

After acing an interview for a job you're excited about, you find out it's an unpaid internship.

Ouch! Well, first things first: unpaid internships are actually illegal in the province of BC, as was highlighted by the recent Hootsuite slip-up earlier this year.  The following is taken directly from the Employment Standards' Interpretation Guidelines (emphasis mine):

So, it's not legal. Does that mean you shouldn't take the job? It's possible (though unlikely) you'll get some valuable experience out of it. And, after all, if you make a fuss, there's likely to be a crowd of other eager would-be interns who will happily take it in your place.  Still, there's plenty of evidence (check the link above) out there to suggest that unpaid internships aren't helping anyone out (save perhaps for employers who manage to get away with not paying employees, but even that's debatable in the long term). My advice? In as professional and polite a way as possible, inform your interviewer that you value your skills and qualifications enough to expect fair compensation for your work, and that if that's not a possibility, you'll have to turn down the offer. It probably wouldn't hurt to remind them what happened to Hootsuite, either.

Your interviewer starts asking questions you're pretty sure aren't allowed.

This has more to do with the Human Rights Code than the ESA. The Code essentially states that it's illegal to discriminate against someone based on things like race, ancestry, religion, marital/family status, ability, gender, sexual orientation, age (19 and over), criminal conviction, political belief, etc. So, most things that don't have any actual bearing on your ability to do that job. As a result, any question in an interview that's aimed at getting information on the above is likely unlawful, and you are better off leaving it unanswered. Your interviewer may not even be aware that they're not supposed to ask that kind of a question, so it could be a good learning experience for them, as well. A simple, "Hmm. Actually, I don't think I'm required to provide that information" delivered with a smile and a laugh is fine.

Your supervisor asks you an hour before the end of the workday to stay late to finish a time sensitive project, and you have plans for the evening.

There's a couple of parts to this question. The first is whether you're required to stay beyond your regular hours in the first place (you're not), and the second is whether you're entitled to overtime pay for those extra hours. Overtime is actually one of the more complicated parts of the ESA. There are a bunch of exceptions (woe be to you if you work in the education industry!), so I'd recommend checking out act 4 in it's entirety if you're curious. In general, you're entitled to overtime for work beyond 8 consecutive hours, or if you work enough hours such that you have fewer than 34 hours off in a week.

As for whether to stay in the first place, you're well within your rights to respectfully decline to stay the extra time. However, it's worth asking yourself how that decision may influence your reputation in the workplace. Stuff like this will happen from time to time, and a good reputation of being a reliable go-to person almost always pays off in the long run. On the other hand, perhaps this represents an opportunity to open up a conversation with your supervisor about your role and how you might be able to work together to make changes such that events like this in the future can be better handled within the scope of your regular working hours.

You have recently joined a company, and have noticed that no-one takes breaks and most eat lunch at their desks. You would like to take breaks to exercise.

Starting with the easy part of the question, you're entitled to a 30 minute break every 5 hours, as written in the ESA. So, in an 8 hour workday, your employer must ensure you work no more than 5 hours consecutively without at least a half hour break. What you do on that break is totally up to you, as there's no obligation for the employer to pay you for that time. Might I suggest a 20 minute walk leaving 10 minutes for lunch?

The difficult part of this question has to do with the company culture behind the take-no-breaks attitude. What possible negative consequences will going against that culture have? On the other hand, again, there's an opportunity to affect change here, if you handle the situation with tact. Why not open a conversation with your supervisor about the lack of balance in the workplace, and some potential ways to address it? Maybe you could even spearhead a "wellness committee" at the office, encouraging others to follow your example.

You have been chatting with other students in placements and realize that you all have different salaries which don't seem to be based your roles or experience.

I'm not sure there's an employment rights issue here, so much as a potential human rights one. As long as an employer is providing compensation in accordance with the ESA (which simply require that at least minimum wage be provided), the Act has done its job. However, if there's evidence that wage discrimination is taking place based on factors like age, gender, ability, etc., then there is indeed an issue and the potential to file a complaint with the Human Rights Tribunal.

One additional complicating factor is that, in many circumstances, compensation is negotiated at the time of hiring. Now, I'm pretty sure this is not the case when it comes to student placements. In contexts such as co-operative education, for example, part of the incentive for employers to offer co-op jobs is that they can offer a lower wage to students in exchange for the added supervision and training inherent in experiential education. Unionized work environments are a bit different, as wage is typically determined based on pre-set ranges outlined in a collective bargaining agreement (in this case, it's the union doing the negotiating, not the employee). Still, you should be aware that you have the ability - and the responsibility - to advocate for yourself and your fair compensation.

Still, it's never a bad idea to have a professional conversation with your supervisor about it - talking about compensation with your boss is actually a good habit to be in. Just don't be surprised if nothing changes. If you're in a co-op position, chat with the staff in your program to get their perspective.

So, those are my perspectives on some thoughtful employment rights questions. But what do you think? Comment away, or send me a tweet!

Even better, join in on a Twitter chat I'm moderating on employment rights next Tuesday at 2:00 PST! More info here. 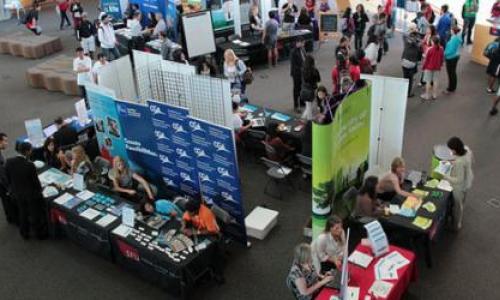 A career is never set in stone. Read more to find out about career exploration, and how you can use your role as a student to your advantage. It is never too early to start searching... 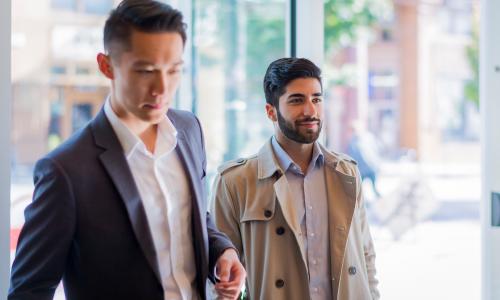 Every year, there are multiple career fairs and information sessions held at SFU. In addition to being informative and interesting, these events can be used to build contacts, acquire Co-op positions, and even look at post-grad jobs. 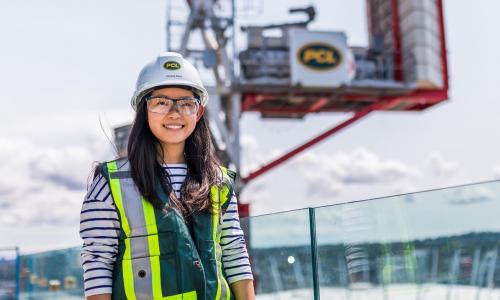 I was determined to find a position during my Co-op search to anywhere I thought was interesting. When I saw PCL had an opening, I applied, even though I didn’t know anything about construction. While I had no experience in construction marketing, I was still intrigued and applied. Continue reading to learn about my experience in taking the challenge of diving into a new industry.