share
Asking myself what I could do differently didn't help, nor did asking myself how I could change things, despite my many attempts to do just that.

These are questions we've all asked ourselves more times than is possible to count. They're questions that have motivated the creation of countless thousands of pages written by philosophers, theorists, clergy, artists, and scientists alike. They may sound slightly different, but they are all variants of the same basic question: Why?

Of all the questions one could ask, 'why' is the most meaningful, and also the most difficult to answer. What, when, where, who, and how have their time and place, but none have the same same fundamental explanatory power as does why.

There are lots of complex and interesting theories out there when it comes to why questions, a personal favourite of mine being existentialism, whose many scraggly branches have spanned diverse  fields including literature, philosophy, and psychotherapy (I can't help but think of existentialism as an old, skeletal, leafless tree). Different takes on existentialism have different fundamental answers to the why question, ranging essentially from Sartre's "there is no answer, life is ultimately void of meaning" (not as dark and gloomy as it sounds - just go out into the country and look up at the stars on a really clear night and tell me this doesn't make sense) to Frankl's "life's meaning is subjective, personally created, and can be present even in the most trivial or the most inhumane environments" (and he survived a Nazi prisoner camp, so he has some cred on that last point).

But that's Why with a capital W, and while there are certainly times and great reasons  for pondering such a big question, there are many more such opportunities to reflect on its lower case cousin, why.

This might seem tangential, but let me take you back to my childhood for a minute.

For as long as I can remember, videogames have been a part of my life. My parents got an Intellivision before I was even born, so there has always been a gaming console in my life. While I was still very young, we got an original Nintendo console (NES), and from that point on my life as a "gamer" was set in stone. As this was a very formative part of my life I'm sure that NES influenced my personality in a number of ways, but one thing I remember vividly - aside from the "tried-and-true" blowing method - is the frustration of getting stuck. There was one particular game - an RPG that required hours and hours of gameplay, mostly to strengthen your character to be tough enough to advance to the more difficult levels (a practice known as "grinding" in the gaming community) - that was infamous for freezing at incredibly inopportune moments. To invest hours into a game only to lose all of that progress because you didnt save your game was infuriating.

The only recourse? The reset button. Once you've vented that frustration, the only thing to do is start over. It's not easy, there's no glory, but it gets you back in the game, and who knows - maybe this time around things go better then they did originally!

There are times in life when I feel that same frustration - that no matter what I do to continue moving forward, nothing seems to be working. You might feel the same way from time to time - that static, monotone feeling of being stuck in a rut. Maybe it's a dead-end job, or the sense that you're studying the wrong thing, or with the wrong person, or just in a place you didn't want to end up, but don't know how to leave. If only it were as simple as pressing a button and starting over.

The closest thing we have is to ask ourselves why, and really spend some time thinking about the answers.

Not long ago, I was stuck. I was feeling uninspired by my first couple years of university studies (general science), I had gone through a series of frustrating and discouraging romantic experiences on the heels of my first long-term relationship breakup, my friends were busy and I wasn't seeing them often, and things just seemed kind of dull and grey.

Asking myself what I could do differently didn't help, nor did asking myself how I could change things, despite my many attempts to do just that. So I asked myself why I was doing all the things I was doing. I asked why I was where I was. Not in a judgmental sense, as in' how did things get this bad,' but in a fundamental sense, as in 'why am I alive.' My answer - and this might tell you something about my fondness of existential theory - was that there is no one reason aside from the meaning I construct out of life, and that life for me at that time was not meaningful.

So what good did that do? Well, 'why' is all about reasons - it's about explaining or justifying. And when an opportunity to change my situation came along (in the form of moving to the west coast), I knew with certainty that I had very little reason to say no.

And that, as our friend Robert Frost once said, has made all the difference. 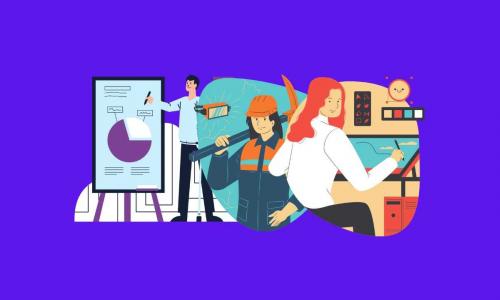 Things That Went Wrong for Us
Co-op Reflections

Sometimes, things don't go as well as expected when launching a start-up business. David explains in Part Three of his blog series just what went wrong and what fellow peers should look out for if you're also interested in developing a business. 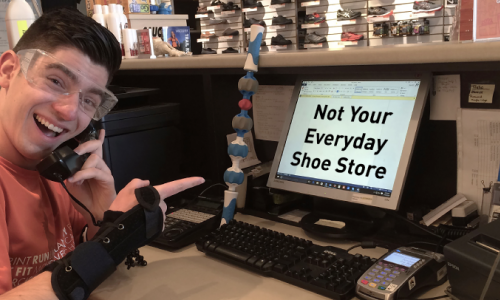 Applying for the position of Pedorthic Assistant at Kintec, Daniel was a bit hesitant since their previous work experience involved asking people if they want fries with that. Daniel soon found that working at Kintec was one of the most relevant jobs to their degree as it's a lot more than just selling shoes. 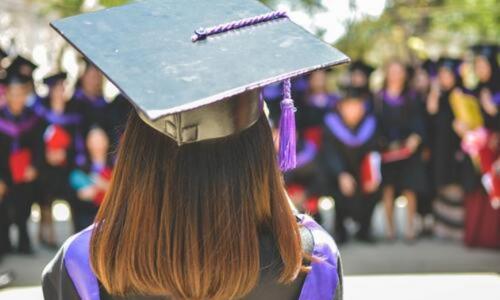 Co-op coordinator, Caroline Wakelin explains the concept of the 20-minute job search. In part one she takes you through the process of listing potential employers, and ranking them by contacts, desirability and available openings.