How I Landed a Co-op at Tesla

share
Each of these experiences enlightened me in ways school never would have been able to, as well as contributed to my long-term goal.

Landing a co-op at Tesla has been my goal since I first started Mechatronic Systems Engineering at SFU back in 2015. It was never a question of what, or why, but how. How would I distinguish myself from the diverse, decorated competition and show that I’ve got what it takes to fit in and excel at Tesla? Now that I’ve been here for nearly 4 months, and have taken an extension for another 6, I can say it’s been quite the ride and I’m very excited to see what else Tesla has in store for me.

I am very grateful for my first two co-ops. The first being a small clean energy tech startup, and the second being a mid-size underwater autonomous vehicle robotics company. Both further deepened my knowledge of mechatronics and its various applications to many different fields – particularly manufacturing and autonomous robotics. Each of these experiences enlightened me in ways school never would have been able to, as well as contributed to my long-term goal.

After applying to Tesla once in both second and third years and attending their workshops at SFU, I finally received an offer to work in the General Assembly (GA) of Manufacturing Engineering in Fremont, CA. GA is the part of an automotive manufacturing line after Body in White (chassis assembly) and Paint where the car is transformed from a chunk of painted metal into a stunning all-electric vehicle. Parts added to the vehicle are also manufactured in house at Tesla, such as the electric motor(s), the touch screen, battery pack, etc. After a couple of weeks there, I transferred to Automation Controls Engineering since my old boss resigned (which is where I wanted to be in the first place). This department automates the process of manufacturing cars, motors, and more using thousands of robots and controllers – designing the machines that build machines. So far, it’s been an invigorating experience. The steep learning curve and startup-like workplace environment make every single day thrilling and exciting (and no I haven’t had to report to Elon… yet).

Since I can’t speak too much in detail about my work for confidentiality reasons, I’ll touch on some of the things I can discuss. There have been intern events every couple of weeks, including a fall fiesta and massive intern hike, however, there are always interns hanging out on weekends and going on trips or hikes (like Kauai and Yosemite). Everyone’s very happy and excited to be here, working towards Tesla’s goal; “Accelerating the world’s transition to sustainable energy.” Before I came to Tesla, perhaps back in the first year, Tesla seemed to be an automotive company, but now it has evolved to become a large startup in the world’s biggest industry; energy. And it’s doing that in the coolest, most innovative ways possible; take a look at the new Roadster coming out in 2020 for example.

Being on the manufacturing side of things is intense. There are always improvements to be made to the line, and so much going on that I still haven’t even seen a fraction of the entire factory. My work has involved developing the “Factory 4.0” – a futuristic factory that aims to run autonomously, and reliably. I have been tasked with building an R&D lab from scratch that can test and develop all kinds of control equipment.

So far it has been successful, allowing myself and many other engineers to develop new sensors and actuators to implement on the line, and even simulate and program a very large robotic arm. In the new year, I will be tasked with a large automation project at the Gigafactory in Reno and possibly even Shanghai. 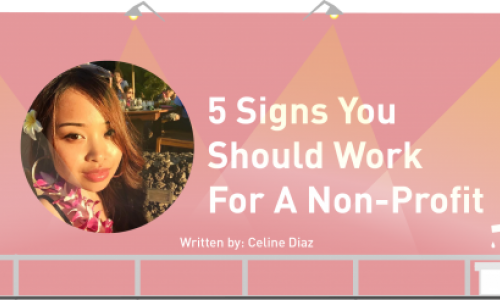 5 Signs You Should Work For A Non-Profit
Career Exploration

Many students enter communications with the hopes of landing a glamorous, high-paying job. In this article, Celine makes a case for why you may want to consider a less glamorous, but highly rewarding career in the non-profit sector. 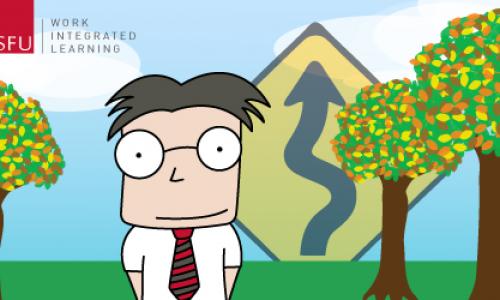 The Myth of the Career Plan
Volunteering

What's your plan? With so many academic options open to you at SFU, it can be puzzling enough trying to decide on your major, much less a long-term career. But speak to any SFU career advisor and what you'll hear might bring you some calm: there is no set career plan.